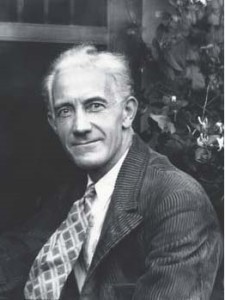 Biography
Oliver Chaffee is considered to be one of the most important and influential early modern painters and art teachers in what is thought to be the oldest art colony in the United States, Provincetown, Massachusetts.

Chaffee’s early paintings were clearly influenced by his training in New York with Robert Henri, as well as his training in Paris at the Academie Julian, where he must have come in contact with the Fauvist work of Matisse and Derain. Chaffee’s work from the 1910s represents some of the earliest and most accomplished “Fauvist” work done in the United States.

Three of Chaffee’s paintings, all Fauvist landscapes, were part of the famous Armory Show of 1913 in New York. His work was well received and compared to the works of Matisse, Picasso, Hartley, Marin, and Maurer. A review of the show compared Chaffee’s work with that of Maurer, and complimented the “effect of intense sunlight” in his work.