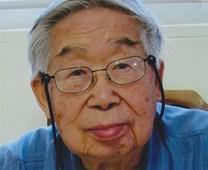 Seong Moy was born in the Canton region of China in 1921. At the age of ten, he immigrated to the United States to attend American schools live with relatives in St. Paul, Minnesota. Moy began his formal arts education at the age of thirteen, when he began taking classes at the Federal Art Project while attending high school in St. Paul.

Moy then studied at the St. Paul School of Art with Cameron Booth, a student of Hans Hofmann, where he received a classical arts education, strengthening his skills as a draftsman. Booth took a liking to Moy and invited him to join his private seminar, in which he went against the trustees of the school and taught his students modern painting. At this time, Moy also worked at the Walker Art Center, which was the center of the WPA Art Project for the region. It was there that he learned lithography, etching, and silkscreen, and taught himself woodcuts. He says of his experiences of this time, “I wanted to do all the mediums.”

In 1941 Moy was accepted as a student at both the Art Students League and the Hans Hofmann School in New York, winning a scholarship at the Art Students League that made it possible for him to relocate. As Moy was still underage at the time, he was concerned that his guardians would forbid him to leave, since they wanted him to work in the family restaurant. In order to avoid this possibility, Moy simply packed his bags and left for New York.

Moy studied with Vaclav Vytlacil at the Art Students League, a classmate of his former teacher Cameron Booth at the Hans Hofmann School. Although Moy had particularly wanted to work with Vytlacil, he found Vytlacil’s teaching style to be radically different from Booth’s and described his time as Vytlacil’s student as “a disaster.”

I never received any direct criticism. There were occasions when I believe that a less determined student would have been sunk or destroyed by this kind of indifference. I felt it was an abuse. And I do recall very vividly toward the end of my enrollment I got some very, very unexpected contrary marks to my ability and capability of continuing to be an artist.

At this time, Moy was also working at the Hans Hofmann School, which he found to be a similar experience in terms of direct criticism, but distinctive in terms of teaching style.

Hofmann, due to the fact that he’s limited in his language, especially English, says very few words. Except of course, on occasion there would be a student in the class who happened to speak German, in which case Hofmann would be on his own ground. But when he tried to teach speaking English it was very difficult for him to convey his ideas verbally. So most of his teaching was done in what we call the direct method in that he works on the student’s work.

Drawings by Seong Moy done during his time at the Hans Hofmann School were featured in the exhibition In Search of the Real: Hans Hofmann and His Students at the Provincetown Art Association and Museum from August 7-October 11, 2009.

Moy’s education was supplemented by his visits to museums, his favorites where the Museum of Modern Art, the Metropolitan Museum of Art and the Whitney Museum of American Art, and galleries, where he said you could go to five galleries and see five completely different styles of work. The artists who were his strongest influences at this time included Matisse, Picasso, Bonnard, and Miro. With each of these artists he admired a different aspect of their work, Matisse’s use of color, Miro’s imagery, and Picasso for his controversy, his surprising innovations and his every shifting styles.

In the fall of 1942 Moy enlisted as a serviceman, where he was trained in technical photography and worked mainly as a reconnaissance and aerial photographer. Despite this photography experience, Moy does not feel photography directly influenced his later work, with the exception of the use of photographs in his search for imagery.

Upon his return from the service Moy returned to New York. In 1948 Bill Hayter, who had served on the jury of an exhibition to which Moy had applied and was impressed by his work, invited him to the artist workshop Atelier 17. It was the ideal environment for Moy, who had a strong educational background, but needed a studio for printmaking. He described Atelier 17 as “an exchange of points of view, exchange of ideas, what one is trying to do and searching for some newness in technical innovations to fit in with a situation.” At Atelier 17 Moy met artists Adolph Gottlieb, Pearl Fine, and Peter Grippe, along with visiting artists Miro and Chagall. Moy found that despite the successfulness of some of these artists, they all worked together in a harmonious, cooperative environment.

In 1950 Moy received a Whitney Fellowship, the first big award of his career. As a result of this prestigious award, he was offered a visiting artist position at the University of Minnesota, which began his teaching career. Moy went on to teach at the University of Indiana, Smith, Vassar, and Columbia, and then received a Guggenheim grant in 1955.